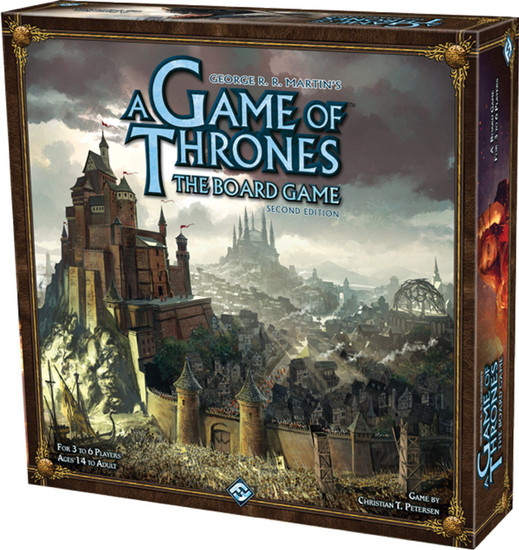 King Robert Baratheon is dead, and the seven kingdoms brace for war, House Lannister, whose daughter Cersei was Robert's queen, claims the throne for her young son Joffrey. From the Dragonstone Isle, Stannis Baratheon knows that Robert was not the true father of Joffrey, and rightfully demands the throne for himself. On the Iron Isles, House Gretyjoy is about to emark on a second rebellion, but this time with a much grander goal. In the north, House Stark gathers its strength to defend what is right, and in the south the wealthy House Tyrell harbors an old amition to sit on the Iron Throne. Immerse yourself in a game of clever planning, careful allocation of power, diplomacy, and the exciting flavor of A Song of Ice and Fire. Good for 3-5 Players.
gameofthronesboardgame
9781589947207
259204
In Stock
New

Game of Thrones Hand of the Queen Pin Prop Replica

Game of Thrones Monopoly Board Game

Game of Thrones Monopoly Board Game