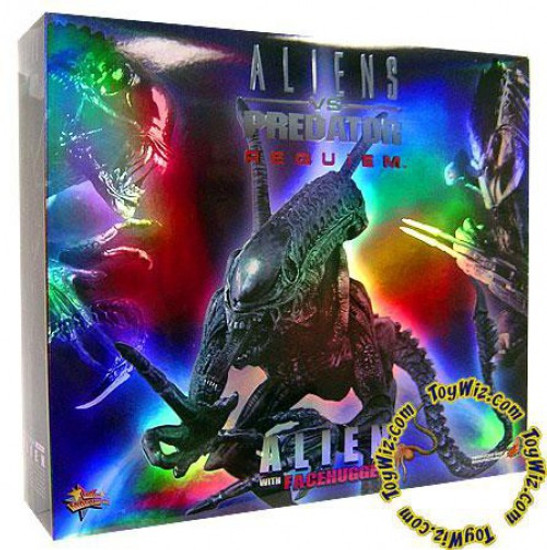 In Aliens VS Predator: Requiem, a lone Predator is sent to Earth to destroy a crashed ship from his home world, containing deadly Xenomorphs. Before he reaches the wreckage, however, several Xenomorphs escape into a nearby town. As the Predator hunts and kills the acid-blooded aliens, a new, even more deadly creature is tracking the Predator.
Hot Toys' series of Movie Masterpiece model kits continues with the 'Aliens VS. Predator: Requiem' 16-inch Alien Warrior! This outstanding collectible model kit is 1:6 scale, as are Hot Toys' other 'Aliens VS Predator: Requiem' Movie Masterpiece model kits, the PredAlien and Predator!
Features:
Unique 1:6 scale face hugger accessory
Bendable hands, thenar, and tail
Extendable set of inner jaws
18 points of articulation
avprhtalienwarrior
4897011171340
238383
Out of Stock
New