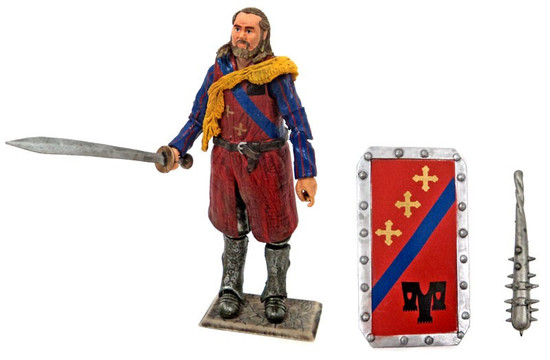 Now you can continue to build your own Army of Darkness at home, with Palisades' second series of fully articulated and eye-poppingly detailed 4-inch scale action figures.

But this time around, there's a twist?Because Army of Darkness Series 2 has forgone the two-packs of the previous series, and will be packaged individually in BLIND PACKAGING! You won't know which figure you're getting until you open it-making the hunt of collecting even more fun!! Each box will include a figure with great new accessories and figure bases.

Note: The Blind-Box has been carefully opened to verify figure.
dukesknightarmydarknessseries2
666620112358
185966
In Stock
New