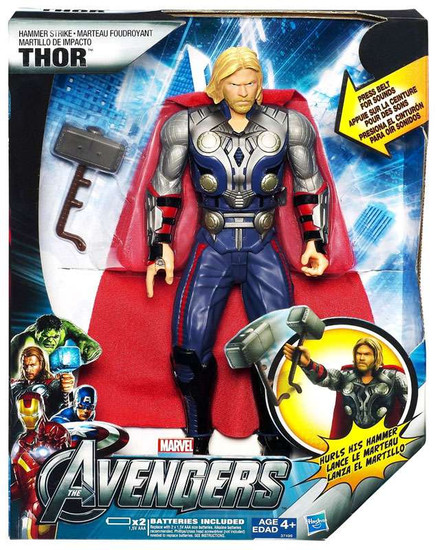 The mighty THOR has come to Earth to face down any evil that threatens humanity. Every blow of his mighty hammer shatters the air like thunder. When he calls down the fury of the storms that are his to command, no enemy can stand against him. With the other AVENGERS by his side, he is absolutely unbeatable.
This detailed THOR figure puts you right into the heart of the battle for the future of the planet. Hear your hero intimidate the enemy with battle cries and combat sounds. He wont back down in the starkest of circumstances. Lift his arm to send his hammer flying, and let the enemy know he will not accept defeat.
Figure comes with launching hammer.
electronicthor
653569708858
121098
In Stock
New