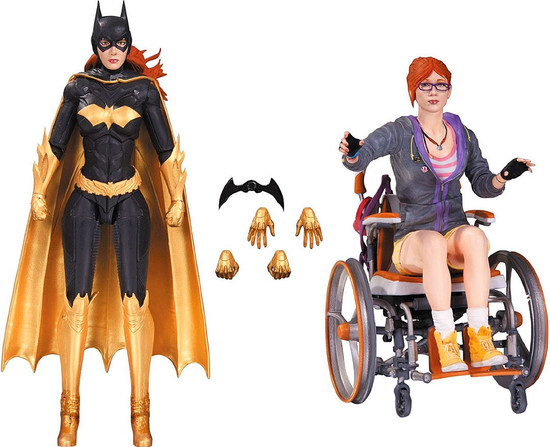 One of Batman's most helpful allies, Oracle helps the Dark Knight survey crime scenes and Gotham City in general. Before she became the Oracle, Barbara Gordon was part of the bat-family under the guise of Batgirl! This Batman: Arkham Knight Oracle Action Figure 2-Pack features the different aliases of Barbara as seen in the epic video game, Batman: Arkham Knight! Batgirl Action figure stands nearly 7-inches tall.
oraclebatgirl
761941337296
114994
Out of Stock
New