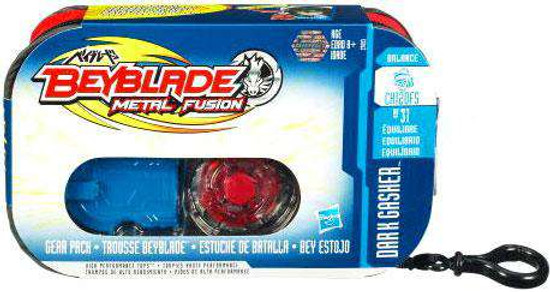 Be prepared for Beyblade battle action, wherever you go! This awesome Gear Pack lets you store your DARK GASHER top, launcher and extra parts and it clips to your backpack or your belt, so its always handy when a showdown begins. When its time for the battle to start, combine the tops five pieces and use the assembly tool to engineer a top with supreme balance performance. To change height for optimum attack position, youll need to add the SPIN TRACK: CH120 piece. Need a flat spike to control the pace? Your PERFORMANCE TIP: FS piece will do the trick. Then, set your top up on its launcher, pull the ripcord and send it spinning into action! When the epic match-up is over, just pack up your top, launcher and parts inside your Gear Pack and youre ready to move on to the next showdown!
Set includes gear pack, top, RIPCORD LAUNCHER and assembly tool.
Balance BB-31 CH120FS 27093 DARK GASHER
darkgashergear
653569567998
121326
Out of Stock
New