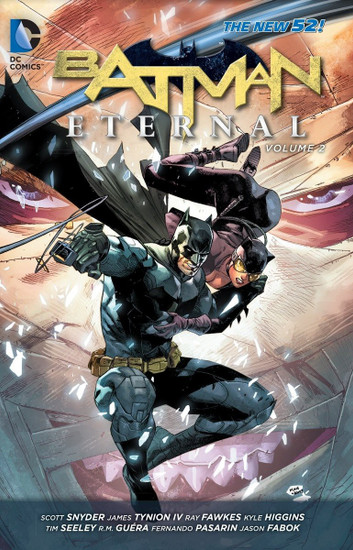 The only one thing more terrifying than the madness currently gripping Gotham City is the method behind it. Gang wars. Viral outbreaks. Riots. Hauntings. Terrorist strikes. Batman and his army of allies have battled them all one by one, taking casualties at every turn.
And in the eye of this vortex of chaos stands one man. His face is wrapped in darkness. His name is spoken only in whispers. He is Hush. And he is the Dark Knights darkest nightmare. Once Bruce Waynes best friend, this maniacal mastermind is out to prove that he is the Batmans better in every way. To do it, he will burn Gotham City to the ground and crown himself king of the ashes. Distrust and disaster have torn them apart, but now Batman and his family of crimefighters must join closer than they ever have before. Only then can they stop Hush from sinking the city into the silence of the grave
Superstar BATMAN writer Scott Snyder leads an all-star team of creators including James Tynion IV, Ray Fawkes, Kyle Higgins, Tim Seeley, Jason Fabok, Fernando Pasarin, R.M. Guéra, and more in BATMAN ETERNAL VOL. 2, the second landmark chapter in the unprecedented weekly Batman series! Collects issues #22-34.
Comes Bagged!
batmaneternalvol2
9781401252311
179677
In Stock
New