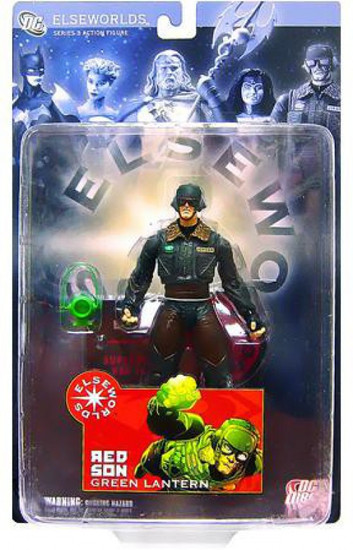 Green Lantern as depicted in the Elseworlds graphic novel, Superman: Red Son! This is a different interpretation of Hal Jordan as he (and the other Green Lantern Corps) appeared in the Elseworlds book. Jordan is a pilot and ex-prisoner of war who comes to lead a super-powered army of Lex Luthor's devising.
dcd3greenlantern
761941258058
190496
In Stock
New