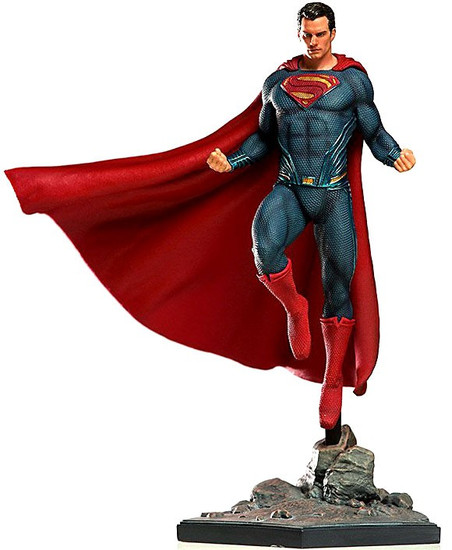 Created in 1938 by Joe Shuster and Jerry Siegel, and considered by many to be the first superhero, Superman is Kal-El, the last child of the planet Krypton. Sent to Earth as a baby, he was found by a couple of farmers, who created him and as an adult took on the identity of reporter Clark Kent. Thanks to the radiation of Earth's solar system, he developed incredible superpowers, he became the greatest hero in the world. In "Batman vs. Superman," continuation of Man of Steel, actor Henry Cavill returns in his role as Superman, and the film continues the so-called DC Cinematographic Universe, following in Justice League.

Features:
- Limited edition
- Based on original references from the movie
- Made in Polystone
- Hand painted
- Includes base display