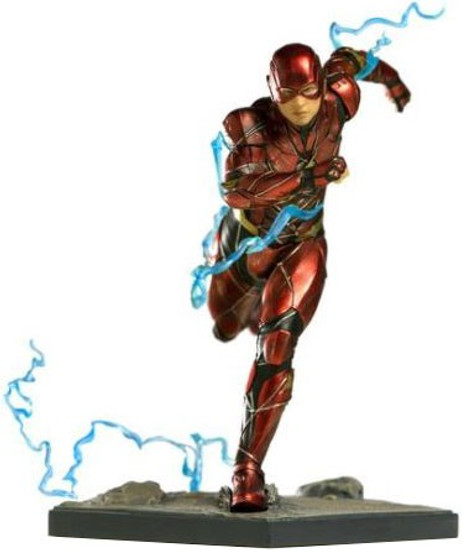 Created during the "Silver Age of Comics" by Gardner Fox, Carmine Infantino and Bob Kanigher in 1956, Barry Allen was the second hero in the DC universe to use the Flash name. Forensic police, after a chemical accident, began to access and channel the power of the "Acceleration Force," an extra-dimensional energy coming from the "Speed Field", making it capable of moving and running at very high speeds. Now known as the fastest man on earth, The Flash is also one of the founding members of the League of Justice heroes group.