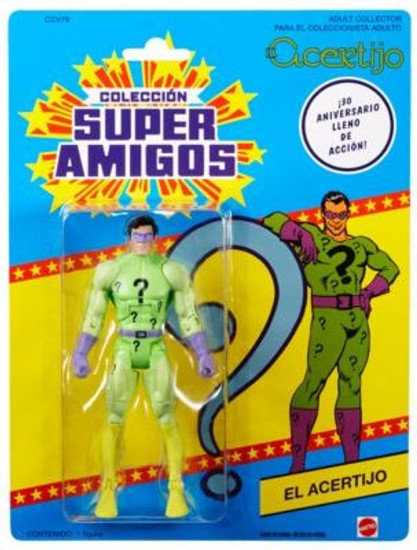 A milestone in modern toy collecting comes to a close as the DC Universe Classics and DC Signature series makes a heroic finale. But we wouldnt ride into the sunset without one final hurrah for our fans! Now, as we celebrate both the end of DC Universe Classics and the 30th anniversary of Super Powers , were proud to present a final six figure series in Four Horsemen style, with packaging harkening back to the classic 80's toy line. As one era ends, we celebrate the entire modern history of collecting DC Comics action figures with the DC Super Powers 6" collection.
superamigogrnlantasriddler
887961033533
177970
In Stock
New