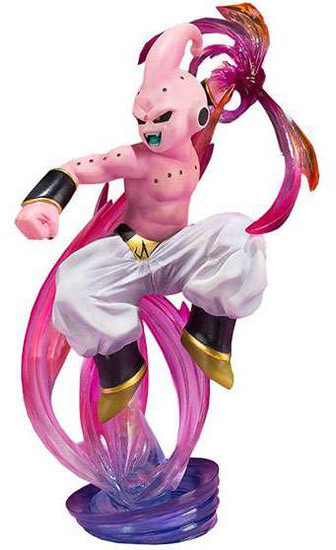 The next edition to FiguartsZERO was brought to life by the evil villain Bibidi, or in this case TAMASHII NATIONS. You probably guessed it; the next figure to join the high-quality statue line is none other than Majin Buu in his original form! Buu appears in his purest and arguably most dangerous state surrounded by energetic effects pieces created using clear parts for an additionally powerful appearance. The Majin symbol on Buu's belt is also meticulously detailed and finished off with gold metallic paint. Set also includes a unique display stand.
figuartszerobuu
4549660063056
116988
Out of Stock
New