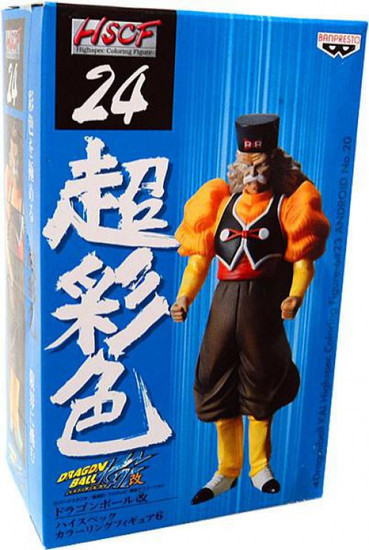 Dr. Gero, aka Android 20 is a brilliant scientist who is the Mastermind behind the Red Ribbon Army. After the army's defeat at the hands of Goku, Gero retreated to his mountain laboratory to plot his revenge with his Artificial Humans (Androids) series. Not until he reached Android 19 did he create an obedient, bloodthirsty servant. Gero then had #19 transplant his brain into an android body, thus turning himself into Android 20 and preventing him from dying of old age. After his second defeat at the hands of the Z Fighters, Gero retreated to his lab to activate Androids 17 and 18, who rebelled, with Android 17 killing the doctor. Though Gero died, he left behind Android 13, Android 14, Android 15, and his ultimate creation, Cell.
hscf23android20
643690219804
202018
In Stock
New