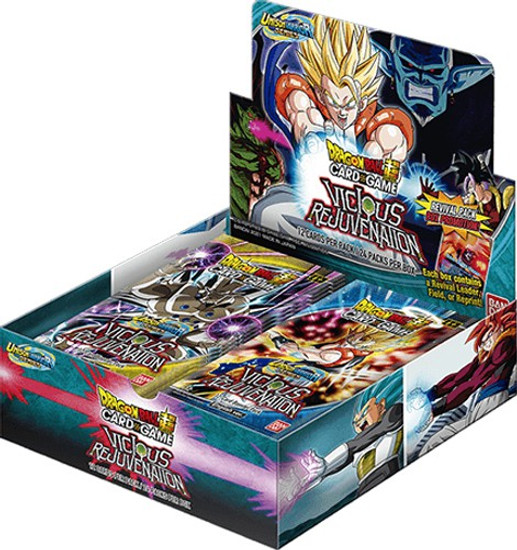 The rejuvenated enemy force strikes back! Mechikabura from the Dark Empire and many more iconic characters come back rejuvenated!

With the gathering of all seven shadow dragons, Omega Shenron finally makes its appearance! When they come back, they come back stronger

Characters that have rejuvenated join the game along with the new skill Rejuvenation bringing the battle to a next level!

UW3 will introduce more characters from the Dragon Ball universe! Starting from the main characters of the Unison Warrior Series, the Shadow Dragons, Nuova, Rage and Oceanus Shenron make their first appearance! Combining cards from UW1-3, all the pieces you need for the mighty Shadow Dragon deck are ready!
Cards from previous sets will be needed to so sales will continues to flow. Finally, the long waited Turles and Turles:Xeno joins the battle!

A powerful pre-constructed deck for come back players is here!
This deck is the perfect set to kick start your comeback!
Designed powerful enough so it can be immediately used in tournaments!
Also, it can be reinforced by combining UW01,02,03 cards!
For the first time in DBSCG history, an all foil ver. deck that the players have been waiting for! A deck you cant miss!