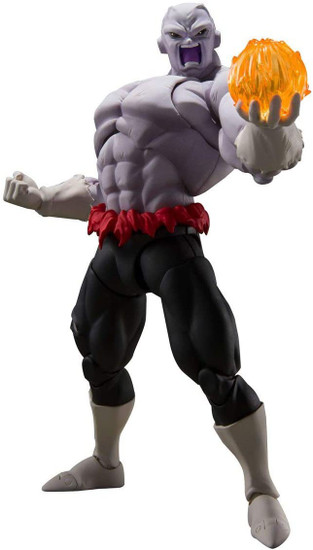 Jiren, as he appeared in his final battle with Son Goku, joins S.H.Figuarts! It features new sculpting, including an expanded upper torso plus visible "damage" enhance the drama, accentuated even further by effect parts that let you re-create his epic clash with Goku! The set includes the figure, three optional head parts, thre pairs of optional hands, and effect parts.
bas59500
4573102595003
325493
Pre-Order
New