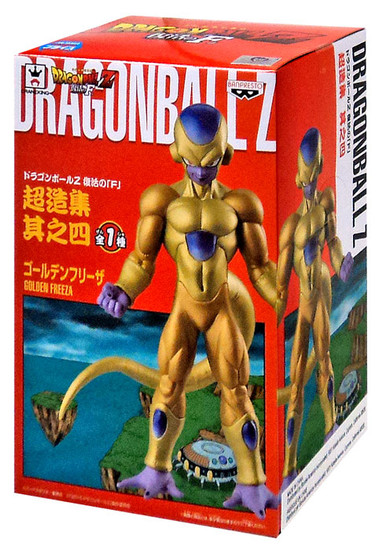 For Ages 18+ These figures feature many small joints and are for adult collectors to pose, not for heavy play-use! We will NOT accept any returns on opened product.
$38.99
(You save )

A state achieved by Frieza in Dragon Ball Z: Resurrection 'F', in which he is referred to as Golden Frieza. The form is referred to as being an Ultimate Evolution, his version specifically being referred to as Golden Evolution since he chose to make the state's armor golden. Frieza attained this form during the time he spent training for his invasion of Planet Earth and revenge against the Saiyans.
goldenfreezadp
0455573289241
141428
In Stock
New