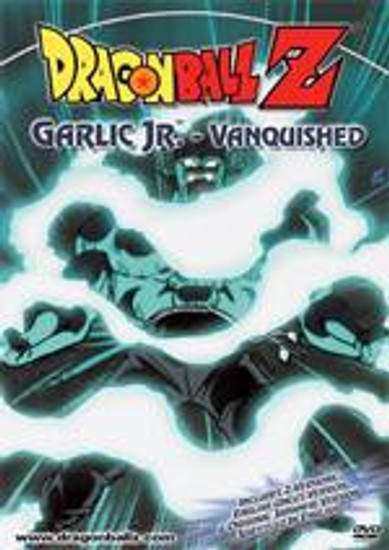 Extreme Measures - Garlic Junior and his Spice Boys have harnessed the evil power of the Makyo Star to become stronger than ever, but Gohan, Krillin, and Piccolo are ready to meet this new threat head on! In the recesses of the Lookout, however, the Former Guardians of Earth are draining Kami?s life force -- and Piccolo?s strength along with it! How much longer can Piccolo hold Garlic Junior at bay?

The World Awakens - In a last ditch effort to save his friends, Gohan launches an all out assault on Garlic Junior! But even the mighty young warrior can?t slow down the immortal giant for long Meanwhile, deep within the Lookout, Kami and Mr. Popo are still besieged by the Former Guardians! Will they be able to spread the Sacred Water in time to foil Garlic Junior?s plans?

Brief Chance for Victory - Blinded by rage and desperate to destroy his enemies, Garlic Junior uses his power to open up the terrible Dead Zone! And with Piccolo and Krillin out of commission, Gohan is the only one left who can stop him! But will Gohan be able to do what it takes to put an end to Garlic Junior and save the Earth, even if it means sacrificing his friends?

Krillin's Proposal - Even though peace has once again been restored to the Earth, Krillin still faces his toughest challenge ever -- surviving a shopping trip with Maron! And it looks like she?s picking out a wedding dress!! Are Krillin and Maron really planning to tie the knot?
dragonballzdvdvanquishedgarlic
704400030130
220898
Out of Stock
New