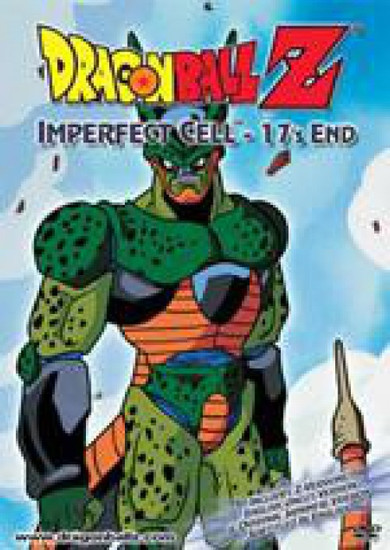 He's Here - Fabulously strong after uniting with Kami, Piccolo spearheads the battle against the androids! And it looks like the Super Namek has things well under control until an unexpected guest arrives at the battlefield! It's Cell! Can anyone stop this hideous monster from carrying out his deadly purpose?!

Up to Piccolo - Just as Cell is about to absorb Android 17, Piccolo bravely steps in and foils Cell's plan! But with Goku and Gohan still waiting for Vegeta and Trunks to finish their training, does Piccolo really have a chance of stopping Cell on his own?! Or is he just prolonging the inevitable?!

Silent Warrior - Sixteen! When the silent giant tells 17 that he is "just as strong as Cell", it seems like a wild claim! But after 16 launches a commanding offensive that throws Cell against the ropes, it becomes clear that the big android has the power to back up his words!

Say Goodbye, 17 - Fire fights fire and android fights android, as the titan 16 clashes against Cell. Miraculously, Android 16 proves himself to be the stronger fighter, but Cell is far too driven to be stopped now! With an underhanded attack, Cell sneaks up on 17 and turns the tables once again! Cell transforms!
dragonballzdvd17sendimperfectcell
704400030284
171939
Out of Stock
New