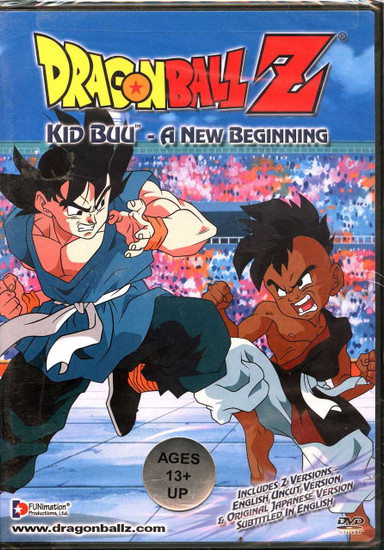 He?s Always Late Goku is nowhere to be found and Chi Chi is getting madder by the minute! But Goku has his hands full guarding four dragon eggs from the dangers of the wild. Even if he can save the dragons, he will soon find an even more dangerous peril?an angry Chi Chi! Granddaughter Pan It?s been ten years since the demise of evil Majin Buu, and Earth is once again at peace. Gohan has become a scholar. Trunks and Goten have become strong, young teenagers! Vegeta and Bulma have a new daughter named Bulla! And Goku's a Grandfather! Buu?s Reincarnation With a little help from Majin Buu, Goku rigs the drawing so that he is matched up with the mystery fighter in the first round of the finals! But is this timid, little village boy named Uub really as strong as Goku thinks? Or has the Saiyan made a big mistake? Goku?s Next Journey Uub, growing stronger as the battle rages, soon becoming the Saiyan?s equal! Neither warrior gives an inch in this fast paced, destructive battle. But before the match is decided, Goku makes a startling revelation. With his plan revealed, Goku and Uub depart the arena leaving a stunned crowd in their wake.
noname79
704400030727
172956
Out of Stock
New