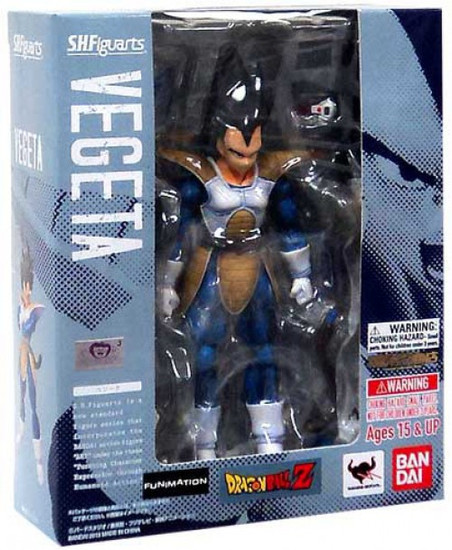 Please note to our International Buyers: We cannot ship Bandai America products outside of the United States & Canada. Sorry for the inconvenince.
$124.99
(You save )

An iconic scouter crushing scene, high demand in S.H.Figuarts Dragon Ball surveys and encouraging fan reactions to a diorama that debuted at San Diego Comic-con were all factors in the selection of Vegeta as the next Tamashii Nations S.H.Figuarts Dragon Ball figure. While the Super Saiyan Vegeta received high-praise this Normal version of Vegeta features many accessories and option parts that have previously been requested by fans. In response to these requests S.H.Figuarts Vegeta will feature folded arm parts, four interchangeable hand parts as well as special interchangeable scouter crushing hand part, three interchangeable face parts as well as head part with scouter attached, tail parts, effect parts and special support stand for effect parts.
dbzvegetafiguarts
4543112762931
309845
Out of Stock
New