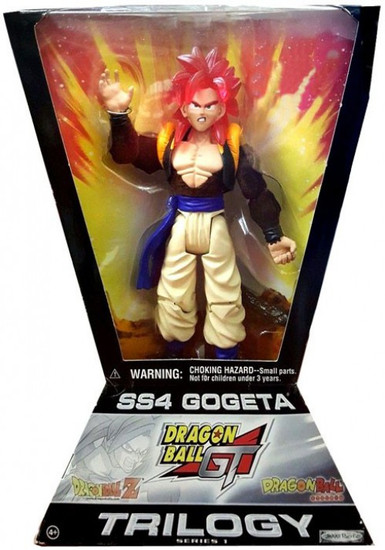 Gogeta is the resulting fusion of two highly powerful Saiyans, Goku and Vegeta, when they perform the Fusion Dance properly. His voice is a dual voice that contains both Goku's and Vegeta's voices. Gogeta's Super Saiyan 4 transformation is famous for his amazing power and speed, and is often regarded as the series' most powerful character. His Potara Earring fusion counterpart is Vegito. Gogeta is an anime-only character, meaning he never appeared in the manga.
dbztrilogygogeta
643690293385
185377
Out of Stock
New