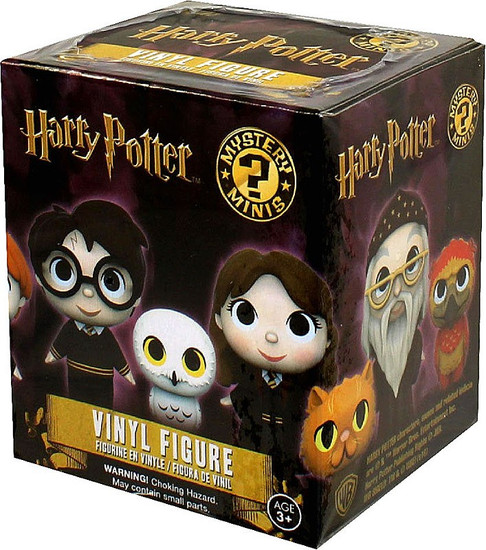 If you purchase more than 1 mystery pack, it is possible you could receive duplicate figures. With blind packs, we have no way of knowing what's inside. We cannot guarantee the figures you get or don't get. Thank you for your understanding.
Out of Stock
(You save )

Funko is proud to introduce the entire line-up of the first
series of Harry Potter Mystery Minis!
The Boy Who Lived is accompanied by his friends, Hermione and Ron,
as well as Hogwarts Headmaster Albus Dumbledore. Dobby the house-elf,
Draco Malfoy, Professor McGonagall, and Rubeus Hagrid are part of the set, too!
This set also prominently features animals from the series, including
Hermiones cat, Crookshanks, Hagrids over-sized boarhound,
Fang, and Hedwig, Harrys owl, among others.
Beware, you may even find yourself with
He Who Must Not Be Named!

The Order of the Phoenix Harry Potter 7-Inch Bust