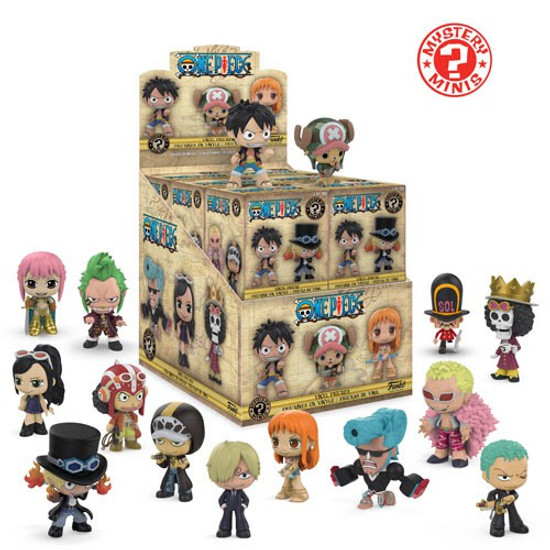 Funko POP! Figures typically show minor paint variations from the manufacturer. Funko does not consider these as defects and as such, they may not be returned due to flaws in the paint.
Out of Stock
(You save )

Im going to be the pirate king

In honor of the would-be Pirate King, Monkey D. Luffy and
his crew, the Straw Hat Crew Funko is releasing a series of
15 swashbuckling Mystery Minis. The entire crew is present and accounted for,
including Monkey D. Luffy, Roronoa. Zoro, Nami, Usopp, Sanji, Tonytony. Chopper,
Nico. Robin, Franky, Brook, Trafalgar D. Law, Donquixote. Doflamingo,
Sabo, Bartolomeo, One-Legged Soldier and Rebecca with a rarity of 1/6 to 1/72.
funkoonepiecemysterybox
0739761838958
255789
Out of Stock
New