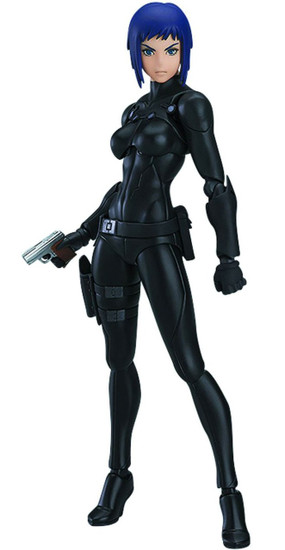 Ghost in the Shell

Ghost in the Shell

-Her standard calm and collected expression, an expression with clenched teeth as well as a smiling expression are all included.
-Motoko's favorite pistol as well as an assault rifle are both included for various action scenes.
-An alternate front hair part with her visor is included, which matches up with her thermo-optical camouflage suit perfectly.
-A flexible plastic is used for important areas, allowing proportions to be kept without compromising posability.
-An articulated figma stand is included, which allows various poses to be taken.

Ghost in the Shell Batoh with Car PVC Figure