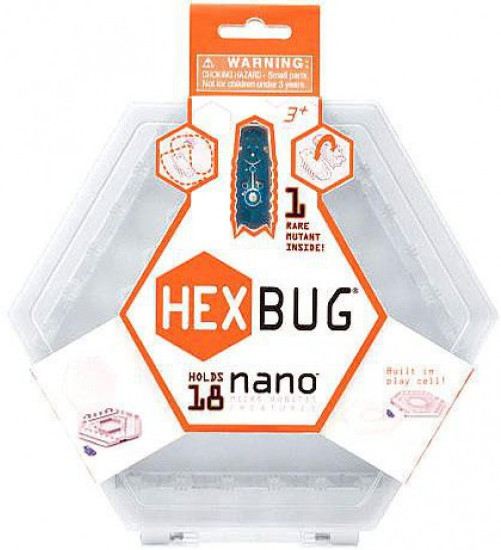 HEXBUG Nano collectors can store up to 18 HEXBUG Nano bugs with the sleek HEXBUG Nano Collector's Case, which comes with one extremely rare HEXBUG Nano mutation and a lid that serves as a play set, keeping scurrying Nano bugs contained most of the time.

Introducing Innovation First's Hexbug Creatures! These Micro Robotic pets behave like real bugs that react to touch, sound, and light. Collect all of the Hexbug creatures including the: original Hexbug, Inchworm, Crab, Ant, and Nano! The original Hexbug reacts to touch and sound, the crab reacts to light and sound and the Ant reacts to touch. You have the power to control the inchworm...the first full-range control robotic creature. The nano behaves like a real bug and can even flip itself over! Innovation First began producing electronics for unmanned mobile ground robots, and is now the industry leader. Innovation First also developed the VEX Robotics Design System, the leading classroom robotics platform, which won the prestigious Best of Innovation Award at the 2006 International Consumer Electronics Show.