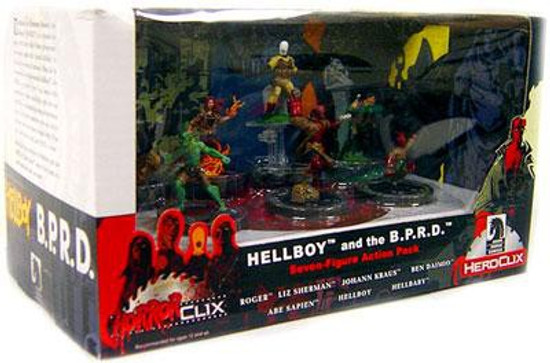 The Bureau for Paranormal Research and Defense (B.P.R.D.) is a clandestine agency within the United States government that employs agents with "special abilities" to beat back the forces of darkness. Often led by the powerful, yet tender-hearted Hellboy, the B.P.R.D. is a group of paranormal heroes with extraordinary talents, including a girl who can control fire, a water-breathing being of mysterious origins, and several members who are already dead - or were never alive to begin with. When other heroes flee and fail, the B.P.R.D. is there.