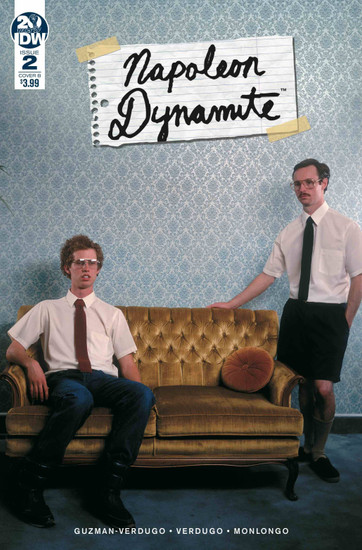 "IMPEACH PEDRO," PART 2! Napoleon Dynamite faces a tough challenge: with his best friend accused of rigging the student election, can he prove Pedro's innocence and turn public opinion in their favor? Or will he only make things worse by blaming the mole men for everything?
* The cult classic comedy continues-in comic book form! SWEET!
* A fan-favorite character comes back to Preston, Idaho. GEEZ!
( Order 10 copies and receive the second of four "Swords, Sorcery, Sci-Fi, and Skills" variants by interior artist Jorge Monlongo! LUCKY!
* Written by the creative team behind the smash-hit Time Cheetah-Carlos Guzman-Verdugo & Alejandro Verdugo! (Cheetahs are pretty much their favorite animals.)
* Illustrated by Jorge Monlongo! (He's totally got good skills!)

My Little Pony Friendship is Magic #3 Comic Book [Cover B]

My Little Pony Friendship is Magic #4 Comic Book [Cover B]