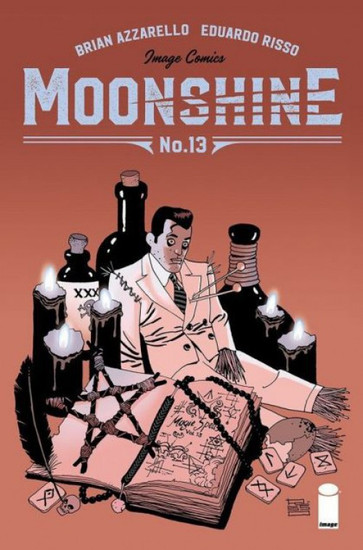 NEW STORY ARC! "RUE LE JOUR," Part One-The hit horror/crime series that Nerdist called "damn near perfect" is back from the creative team behind the seminal crime drama 100 Bullets! With the help of his girlfriend Delia, "Torpedo" Lou Pirlo made it to New Orleans in search of a cure for his werewolf curse. However, curse cures cost money, and Lou is a little "light" on scratch. But if there's one thing Lou can do, it's hustle. So he's off to work his way from the crookedest gutters to the swankest gambling dens in The Big Easy-along the way crossing paths with witches, warlocks, and the occasional zombie!