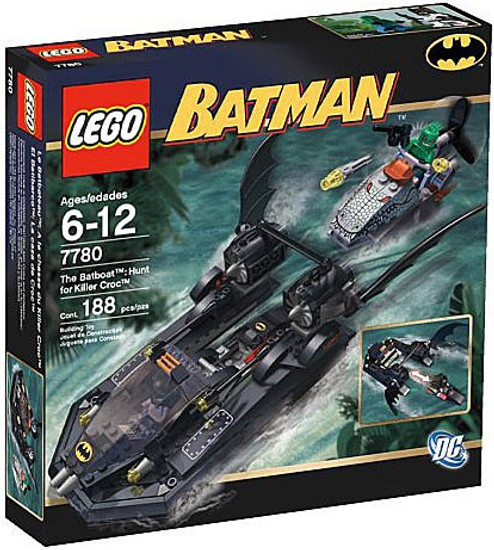 Hot on the trail of Killer Croc!
The Batboat hovercraft is in hot pursuit of Killer Croc and his swamp jet ski, but Batman has to watch out for Croc's flick-fire missiles! Batboat features dual-action props, a secret speedboat and a docking port to tow the captured criminal back to jail.
* Includes Batman and Killer Croc minifigures!
* Batboat contains secret speedboat for small-space pursuit!
* Killer Croc has flick-fire missiles!
* Batboat measures 10'' (25cm) long!
* Use the secret speedboat's dock to tow the Croc's jet ski back to jail!
* Also includes a collection of Batman gadgets!
legobatmanbatboatdamaged
6734190805071
207360
In Stock
New

LEGO Batman The Batcopter: Chase for the Scarecrow Set #7786