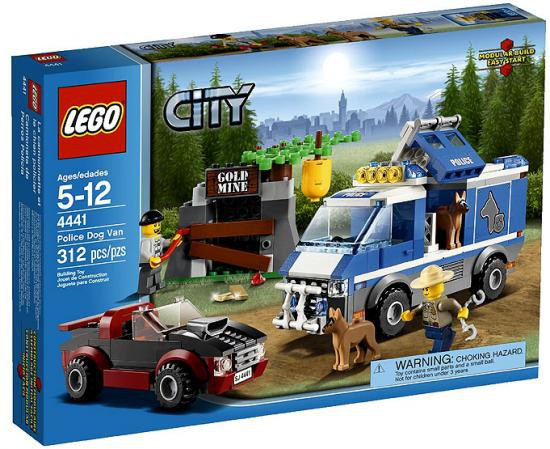 Release the dogs from the LEGO City Police Dog Van and catch the robber!
The forest policeman has followed the robber to the cave where he's stashed the stolen goods. It's time to release the dogs catch them! Then lock him in the back of the Police Dog Van!
The LEGO City Police Dog Van (4441) building set features:
2 MiniFigures: forest policeman and a robber
Vehicles include Police Dog Van and robber's sports car
Also includes 2 police dogs
Features opening side doors with space for 2 police dogs and rear opening door with cell
Accessories include cave, tree, beehive, 2 gold bars, diamond, crowbar and handcuffs
Catch the robber with the police dogs!
Hide out in the cave and stash the goods!
Measures over 6" (16cm) long
Robber's sports car measures over 4" (12cm) long
legocity4441
673419165280
241311
In Stock
New