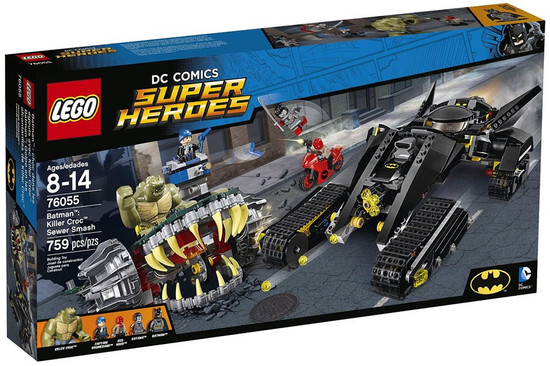 Reinforcements have arrived! Help Red Hood and Katana stop the monstrous Killer Croc and evil Captain Boomerang from destroying Gotham City. Charge Killer Croc's Battle Chomper with Batman's Bat-Tank. Crush the heavily armored vehicle with the Bat-Tank's powerful ram weapon, but don't get bashed by the swishing tail or fall into the giant jaws. Crush the foes with super heroes teamwork and stop the evildoers once and for all!