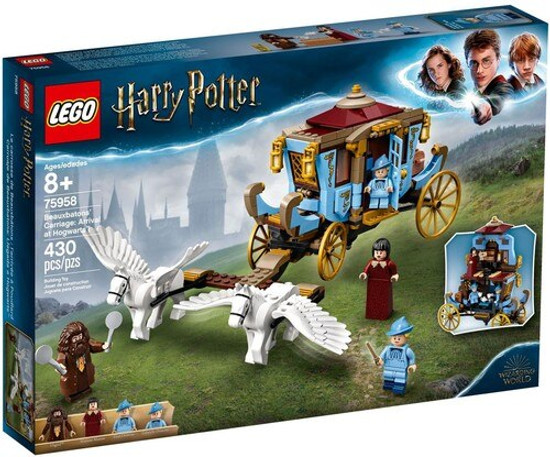 Imaginations will take flight with the LEGO Harry Potter 75958 Beauxbatons' Carriage: Arrival at Hogwarts building set. Young witches and wizards will relive the thrilling scene from Harry Potter and the Goblet of Fire where the magnificent flying carriage makes its hair-raising journey from Beauxbatons Academy of Magic to Hogwarts, with Hagrid waiting to guide it safely in to land. Once on the ground, the carriage rebuilds into a 2-floor bedroom and dining area-the perfect place to share a pot of tea with Madame Maxime, Fleur Delacour and Gabrielle Delacour and plan the next adventure. With 4 minifigures and 2 flying horses with moveable wings, legs and heads, the Beauxbatons' carriage will transport any Harry Potter fan to a magical world of imaginative play. Fans can recreate the iconic scene from Harry Potter and the Goblet of Fire where the Beauxbatons' carriage races through the sky towards Hogwarts-then rebuild it as a living area to role-play further adventures.
673419315111
673419315111
305167
Out of Stock
New