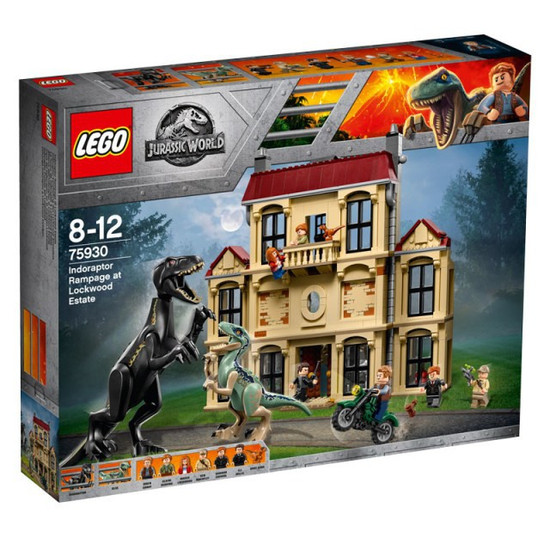 The 3-level Lockwood Estate features an office, bedroom with bed, laboratory area with museum display cases and a collapsible roof. The set includes two dinosaurs, Indoraptor and Velociraptor which feature posable limbs, head and snapping jaws. Also includes a buildable triceratops skull. You can customize the estate using the configurable walls and push the dinosaur heads through the windows to cause a smashing effect. Place the baby Velociraptor in the laboratory and run some DNA tests. Play features also include a lever to activate the collapsing roof! Weapons include a tranquilizer gun and an axe. Accessory elements include an auction hammer, umbrella and a dinosaur egg.
lego75930
673419281850
257231
Out of Stock
New