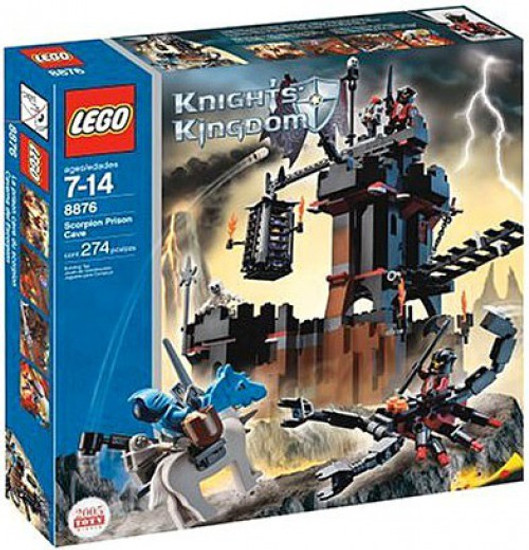 Sir Danju has been captured and imprisoned in the Scorpion Prison Cave! Sir Jayko must ride his armored horse to rescue his friend. But can he overcome the giant scorpion that guards the cave?
Challenge the might of the scorpion with the horse-mounted catapult
Includes Sir Danju, Sir Jayko, Lord Vladek, Shadow Knight and skeleton
All four cell walls open to release the prisoner
Knob turns to raise and lower drawbridge
scorpionprisoncave
673419060264
188287
Out of Stock
New