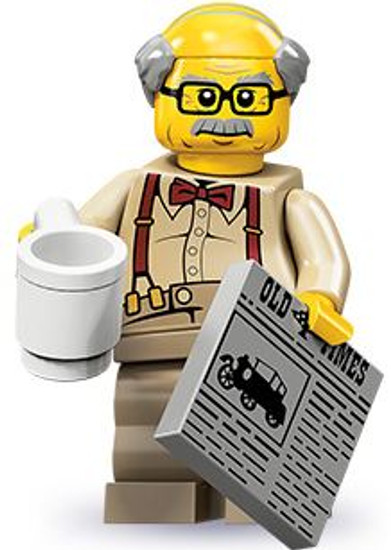 Everything was better back in my day!
This would-be inventor from the prehistoric past is always tinkering with sticks, rocks and the occasional bricks he finds lying around, trying to invent something new. Of course, everything he comes up with has already been invented hes a Caveman with a tiny little brain, after all but that doesnt stop him from trying. He never gets jokes and usually needs things explained to him with gestures and picturesand even then, he gets it wrong most of the time.
Ever since the first play themes came around, hes been grumpy about all of those new-fangled pieces like doors, windows, and anything else that isnt shaped like a brick. And dont even get him started on todays Minifigures with their fancy arms and legs and facial expressions!
legoseries10oldman
643690330233
122632
In Stock
New