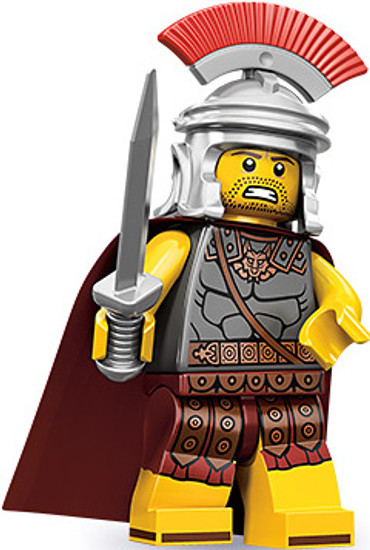 "For the glory of Rome!"
The Roman Commander cant wait to lead the legions of Rome to victory. He keeps his sword sharpened, his armor polished, and his helmets horsehair crest neatly brushed at all times, just waiting for his emperor to give the order to charge.
The Roman Commander has studied all of the great battles and is sure that his tactics will win the day. The empires enemies will surrender, its borders will grow, and he will join the ranks of the most famous military leaders in history. Hes sometimes a little worried about the fact that his legions are made up of a single Roman Soldier, but at least it makes it easy to shout out commands!
legoseries10romansoldier
643690330295
122631
Out of Stock
New