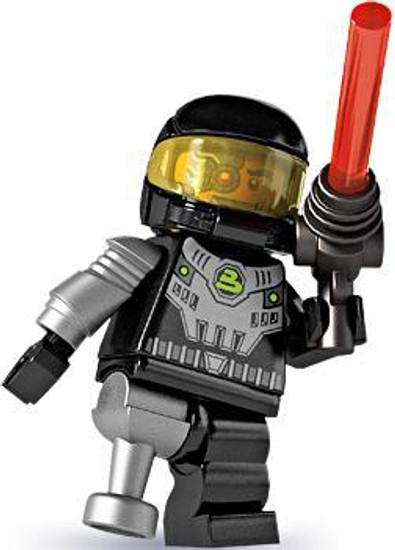 Loose - Mint Condition NEVER played with.
Out of Stock
(You save )

Theres no villainy like space villainy!
As a member of a shadowy criminal organization feared throughout the seven galaxies, the Space Villain really knows his outer space bad-guy stuff. He can hotwire a rocket neutron drive in zero-G, melt through solid plasmodic hypersteel with his nova-ray blaster, and sneak past a FuturonCorp security-bot in under 3.6 quarkoids, all while blindfolded.
Of course, full-time space villainy isnt easy. Over the stellar cycles, the Space Villain has lost an eye in a warpship chase over Spyrius IV, misplaced a leg in the meteor mines of the Insectoid hivefleet, and he thinks his right arm might be somewhere at the other end of a black hole. Still, he wouldnt give up his job for all the quasar rubies in the M-Tron Nebula...which just so happen to be the very next thing hes planning to steal!
Comes with accessories & figure base!
legocyborgspacepirate
843852041445
119019
Out of Stock
New