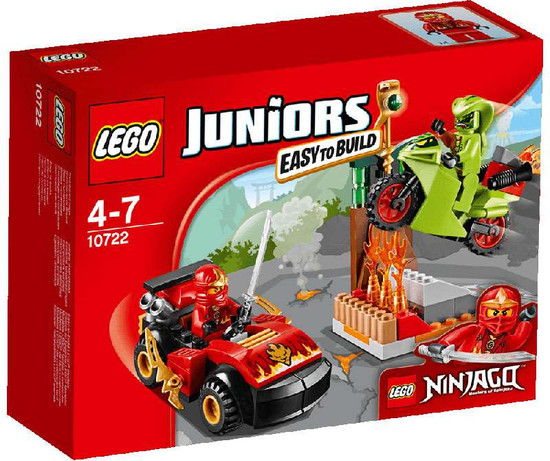 Warning: Product Contains Small Parts. Not Intended For Children Under 4 Years of Age.
$54.99
(You save )

Lasha the snake villain wants the golden snake staff, so you have to help Kai battle him! Use Kais car and Ninja sword to fight the bad guy. Build and have fun with LEGO Juniors NINJAGO!
92 LEGO Pieces.