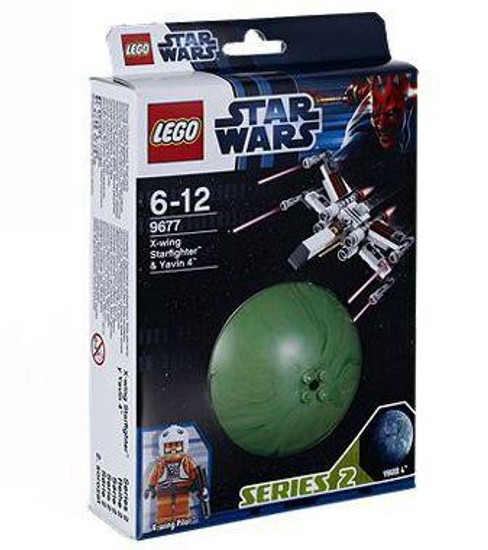 Lead the attack on the Death Star with the X-wing!
Jungle planet Yavin 4 is home to the secret base of the Rebel Alliance. In Star Wars: Episode IV A New Hope, X-wing starfighters lead the attack against the Empire's Death Star superweapon, signalling the end of the Empire's evil rule! Set includes an accurate model of Yavin 4, an X-wing pilot minifigure, an X-wing starfighter mini-model, a weapon, and a display stand with name plaque. Collect the other Series 2 sets: 9678 Twin-pod Cloud Car & Bespin and 9679 AT-ST & Endor!
Includes 1 minifigure: X-wing pilot
Features Yavin 4, X-wing starfighter mini-model and weapon
Vehicle and minifigure display stand with plaque also included
Hang your planet from the ceiling!
Explore the LEGO Star Wars galaxy while you play!
Yavin 4 diameter over 3 (9cm)
X-wing Starfighter measures over 3 (8cm) long
legostarwars9677
673419168090
215466
Out of Stock
New