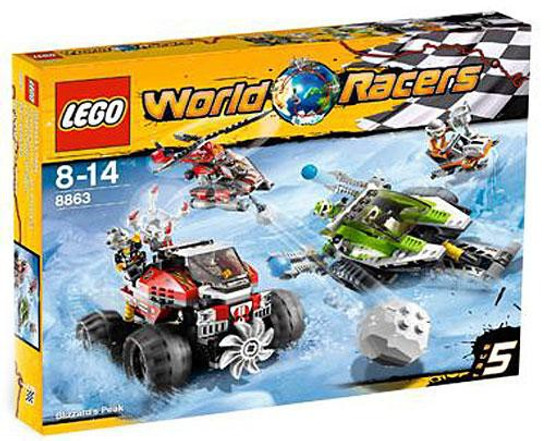 The X-Treme Daredevils and Backyard Blasters race across the worlds frozen fringes!
Tearing over the arctic icescape with World Racers, the two teams are neck and neck as they approach the official holding the checkered flag! Racing on specially-equipped arctic racers, both teams have a few tricks up their sleeves. Can the Backyard Blasters use the helicopter to win and beat the X-treme Daredevils?
* Includes 3 Backyard Blaster minifigures: Bart Blaster, Billy Bob Blaster and Bubba Blaster and 2 X-Treme Daredevil minifigures: MAX-treme and DEX-treme, plus 1 race official
* Accessories include officials snowmobile, checkered race flag and trophy
* Racers measure over 7" (17cm) long; helicopter measures 6" (15cm) long
blizzardspeak8863
673419130257
118758
Out of Stock
New