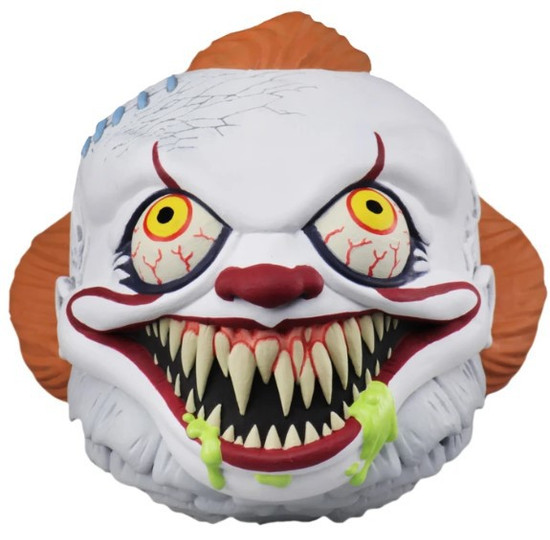 Kidrobot x Madballs Horrorballs are expanding on our 2017 release with the triplets of iconic horror Pennywise, Chucky, and Pinhead! Not only are these three of the most terrifying villains in film history, theyre also three of the most relevant with a reimagining of Childs Play having just been released, a sequel to IT hitting theaters in September, and new Hellraiser film in the works making these horrorballs a must-have for any rabid horror buffs or Madballs collectors. Fun horror trivia: Do you know who voiced Chucky the doll in the latest Childs Play film? Answer: Mark Hamill (Luke Skywalker)!
kidrobotmadballshorrorballpennywise
634482060247
302286
In Stock
New