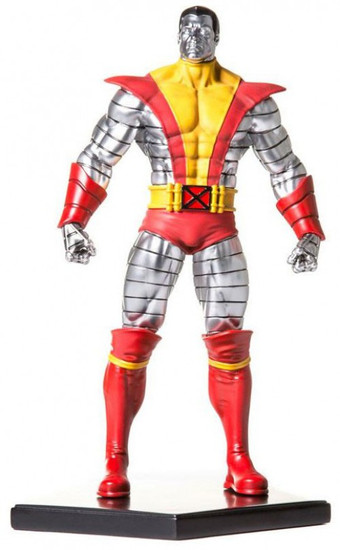 The young Russian Piotr "Peter" Nikolievitch Rasputin was born mutant and raised on a farm in Siberia in the defunct Soviet Union. From a humble family, its mutation allows it to transform every body into a kind of organic steel on the outside, while its internal organs are converted into pure energy; this gives him super strength and a body armor that leaves him almost invulnerable.
Invited by Prof. X, he joined the second group of the X-Men group and has since become a constant member of the team of heroes. In contrast to his crude appearance, Colossus has a peaceful and even innocent nature, characteristics explored with good humor in the film Deadpool, where the hero has great participation.
Created by Len Wein, Dave Cockrum and Chris Claremont, his first appearance was on the classic Giant-Size X-Men No. 1 album in 1975.
Limited edition
Hand painted
ironstudcolossus
751320300423
284787
In Stock
New