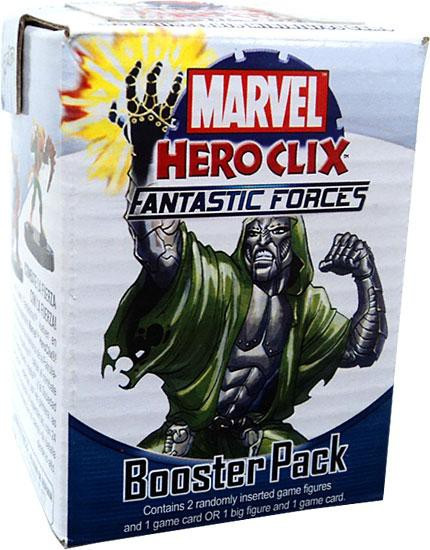 Marvel HeroClix: Fantastic Forces is large and incharge! The first HeroClix expansion to feature an oversized figure in every three-figure booster, Fantastic Forces features 104 characters, including eight super-rare figures and twenty-four oversized characters! These big hitters include giants like Yellowjacket, and all-new double-based characters like Ghost Rider!
Favorites both old and new round out Fantastic Forces, as the UltimateFantastic Four do battle with the Ultimate DoctorDoom, and Scarlet Witch teams up with the Sub-Mariner!

Each booster will contain one of the oversized figures, either a giant figure or a double-based figure; two regular-sized figures; anda bystander token, battlefield condition, or featcard.
hcmarvffpack
807652032225
242854
Out of Stock
New