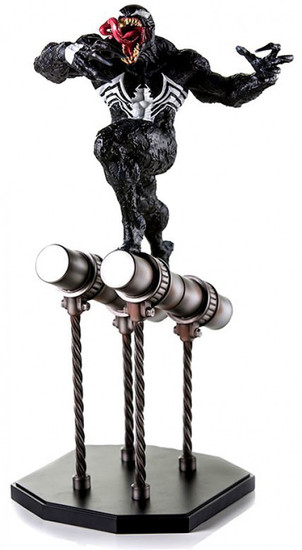 Venom was created by David Michelinie, Mike Zeck and Todd McFarlane in 1984. Originally an alien creature, named Simbionte Klyntar, his first appearance was in the miniseries Secret Wars, where he appeared in the form of the iconic black uniform of Spiderman (which he did not know was a living creature).

The supposed "costume" increased the hero's powers, but also his aggressiveness. Upon discovering that it was a living being that feeds on the energy of its hosts to survive, the hero detached himself from the creature, who eventually merged with Eddie Brock, a failed journalist who hated both Spider-Man and his alter ego - Peter Parker.