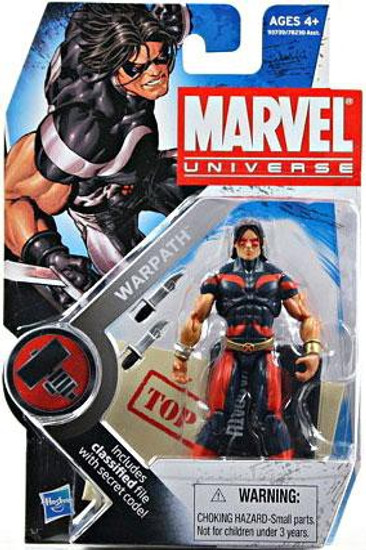 As a boy, James Proudstar idolized his older brother the X-Man known as Thunderbird. When his brother was killed, Proudstar swore to follow in his footsteps, and took on the mantle of hero. His relationship with the X-Men has been uneasy at times, but over the years he has come to terms with his brothers death and become an invaluable member of the team.
Intricately detailed down to the last muscle, this articulated Warpath action figure is ready to fight! Send him into battle with his knife accessories to fight for the fate of the world or leave him posed for action on his stand as a warning against evil-doers everywhere!
Figure comes with a classified file with a secret code.
universewarpath
643690231387
119578
In Stock
New