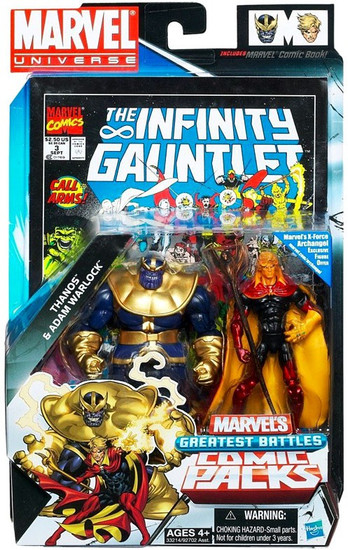 Genetically engineered to be a perfect human, ADAM WARLOCK instead wound up with powers echoing those of the immortals. Chasing his destiny in space, he tangles with forces well beyond the human realm. The colossal THANOS is just such a force, possessing the might of the Eternals. When the two collide, something has to give. The fate of the entire universe hangs in the balance!