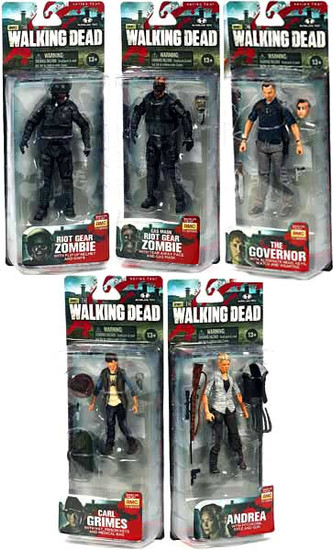 AMCs The Walking Dead television series is now the most watched drama in basic cable history! Shattering records along the way with the release each new season. Season 3 finds Rick Grimes and his fellow survivors continuing to seek refuge in a desolate and post-apocalyptic world and soon discover that there are greater forces to fear than just the walking dead. The struggle to survive has never been so perilous and McFarlane Toys is sitting shotgun for the ride with its third series of AMCs The Walking Dead action figures.Each human figure features the exact likeness of the actor by using a 3D scanning process. And just like the first and second series of figures, each zombie included features an amazing attention to detail and unique play-action for maximum fun!
walkingdeadtvs4set
643690227779
253980
In Stock
New