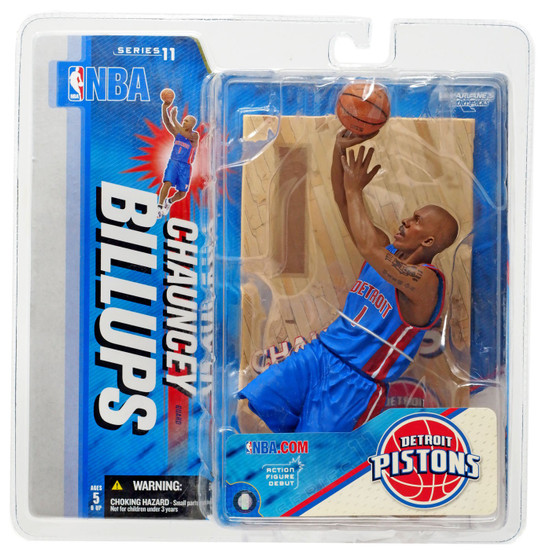 The third overall pick in the 1997 NBA Draft, Chauncey B-B-B-B-Billups wasn't an overnight success. He endured three trades in his first three seasons, moving from Boston to Toronto to Denver before signing with Minnesota as a free agent in 2000. The cerebral point guard's career got on track as a Timberwolf -- his second season saw him post career highs in assists and rebounding, while raising his scoring average to a respectable 12.5 per game. Following that season, Billups signed on with the Detroit Pistons and became the floor leader for a burgeoning Eastern power that would win the NBA title in 2004 and return to the NBA Finals in 2005. Detroit looks to be the "Beast of the East" again this season, with Chauncey Billups leading the Motor City's finest back into the playoffs with another title on their mind.
mcfarlanechaunceybillups
787926764451
147847
In Stock
New