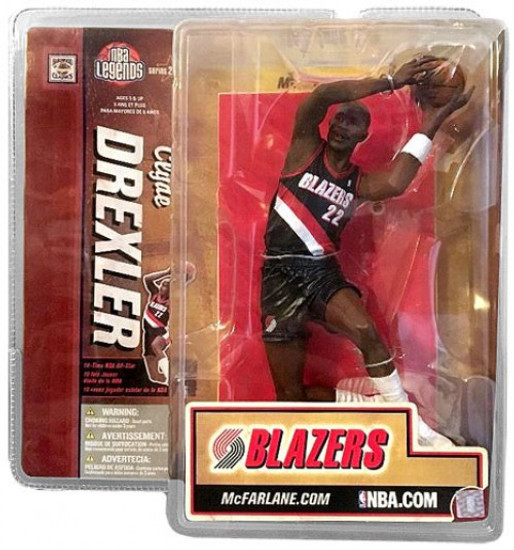 CLYDE THE GLIDE DREXLER's standout career started turning heads as a charter member of the Phi Slamma Jamma basketball fraternity at the University of Houston, where he led his team to consecutive Final Four appearances in 1983 and 1984. Drexler was drafted by the NBA's Portland Trail Blazers, and played 13 seasons in the Rose City, taking his squad to the NBA Finals in 1990 and 1992. In the summer of 1992, Drexler played with USA Basketball's "Dream Team," that won the gold medal at the Barcelona Summer Olympics. Following a trade to his hometown Houston Rockets in 1995, he partnered with college teammate Hakeem Olajuwon to help Houston repeat as NBA Champions. Drexler is one of only three players in NBA history to amass 20,000 points, 6,000 assists and 6,000 rebounds, and his career accomplishments landed him in the Basketball Hall of Fame in 2004.
mcfarlaneclydedexlerfigure
787926764550
187021
Out of Stock
New