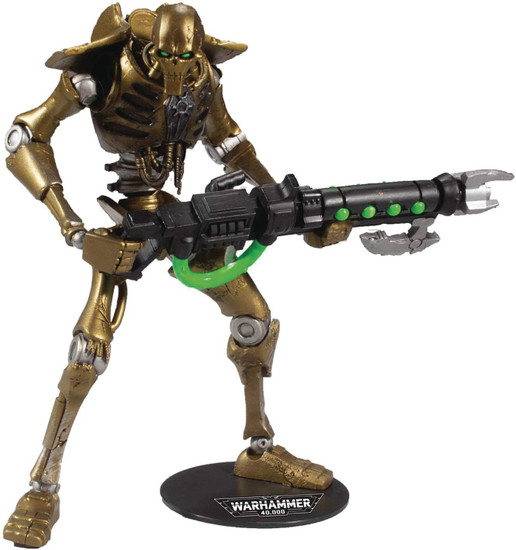 Beneath the galaxy lurks the eldritch menace known as the Necrons. Having long ago made a devils deal to swap the frailties of flesh for undying metal, they now stir to murderous wakefulness on worlds uncounted after millions of years of slumber, and seek to reclaim the stars from those who have usurped them.

Though they have the nearly-indestructible bodies of killer machines, the Necrons possess a macabre and captivating character, and their armies are many and varied. Whether it be a council of haughty Overlords and genius Crypteks fighting to outdo one another, a relentless phalanx of android warriors, a fast-moving swarm of Canoptek constructs, or an entire dynasty ready for war, no other army can match the resilience and sophisticated weaponry of the Necrons on the battlefield.
mcfarlanewhtbd109115
787926109115
330636
In Stock
New